Spanish wines from the Venta-D´auvert winery 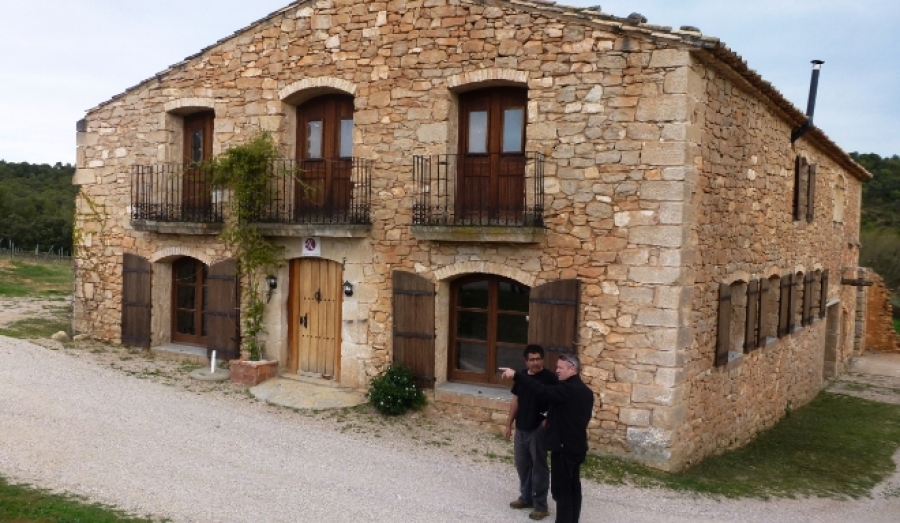 On the A231 road, at kilometer 28, between Arnes and Valderrobres, is the Venta d'Aubert, a hamlet at 580m. on the level of the sea, this hamlet after a long dream similar to that of Snow White, and of a moved history through a Swiss marriage that in 1986 woke him up to life. At that time the Venta d'Aubert was abandoned and wild because the land - more than 80 hectares - removing a few old vines of white grenache, were planted with olive trees and hazel trees. The well-known enology professor José Luis Pérez considered the vicinity of the Venta d'Aubert, both climatically and microbiologically, as very good; so that hands to work, the hazels were broken and new vines were planted following their advice. With which, the tradition of producing and drinking was sacrificed forever, this meant the birth of a new star in the Spanish wine heaven. The new strains planted in this clay and calcareous soil are subjected to a Mediterranean and semicontinental climate, which favors the development of the strains in a very positive way. This environment invites to stop with the synthetic phytosanitary products and to give way to the production with biological foundations! The care of the wines begins in the vineyard, one hectare contains 2,500 vines and the production is limited to 3,000 kg of grapes per hectare. A new winery was cleaned in 1995, with all the technical facilities and already in 2001 it was expanded based on current needs. Conco vines of red wine ripen underground in barrels or in the wine cellar heated in bottles. The owners of the Venta d'Aubert winery are Swiss, wine lovers. Quality above all, continues to be the goal before now, what the managers, Antonio Sorolla Jardi and María José Mayoral Villar, who have taken over in 2010, along with their oenologist, the German Stefan Dorst and all the employees, pursue. The notes obtained by the Venta d'Aubert wines in the Spanish guide "Guía Peñín" demonstrate the achievement of quality and work oriented towards a goal.